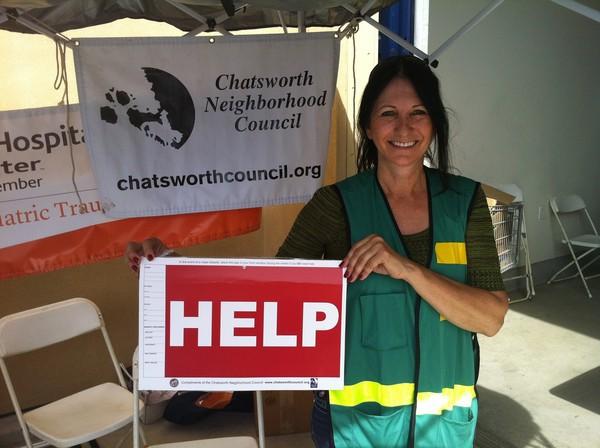 This year’s event was a huge success in raising awareness of the importance of being better prepared for emergencies and disasters. Attendees were able to walk around, visiting different tables and booths to learn about whatever component of emergency preparedness interested them. People came to enjoy themselves and have a good time while getting an education, having fun, and working as a community.

LAFD Battalion Fire Chief – and Northridge West Neighborhood Council President – Gerry Malais explained that the first 72 to 96 hours after a disaster, the emergency services will be overwhelmed handling priority emergencies, requiring residents to be self sufficient during that time. Having three or more days of food, water, medical, and pet supplies is imperative so that you’re not dependent on overwhelmed city services.

Northridge East Neighborhood Council President Steve Patel stated “The Neighborhood Councils were really happy to be able to give back to our communities, by holding this event so everyone can learn to be self-sufficient and not rely on emergency services during the initial hours after a disaster.”

A special thank you to Bill Hopkins for his commitment and attention to detail in organizing this year’s fair and LAFD Captain Smith and the LAFD personnel @ Fire Station #87 that assisted in the Fair as well as the entire Valley Disaster Preparedness Fair Team of volunteers and attendees that helped make this year’s event a huge success.