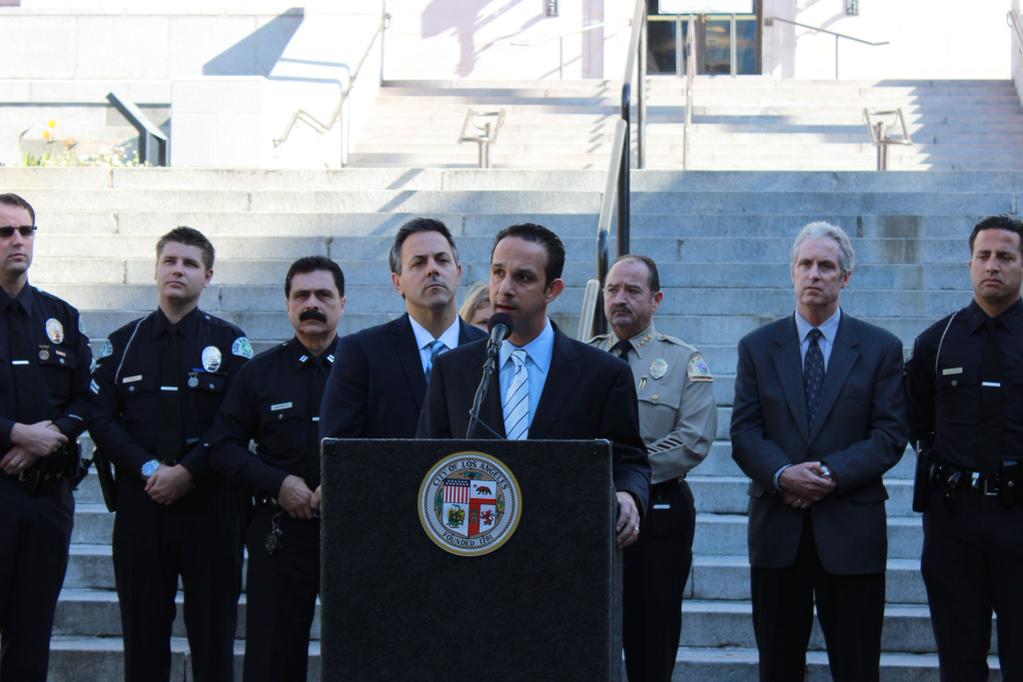 Councilmember Englander thanked Councilmember Joe Buscaino for submitting companion legislation, also unanimously passed in Council on Wednesday, directing the City Attorney to draft an ordinance to offer a standing reward for the apprehension and conviction of those guilty of committing a hit-and-run crime.

Los Angeles and its surrounding communities are in the grips of a hit-and-run epidemic. The LAPD records approximately 20,000 hit-and-runs each year. Nearly half of all vehicle crashes in the City of Los Angeles are hit-and-runs, compared with the national average of 11 percent. Last year, there were 27 fatalities and 144 severe injuries due to hit-and-run crimes. On average LAPD was only able to solve 20% of the cases. Hit and run crimes are especially difficult to solve because often there is little or no evidence and no witnesses.

Currently, the State is considering the Yellow Alert System, which would broadcast similar information on hit-and-run crimes. The Yellow Alert models the Medina Alert system implemented in the State of Colorado. Similar to the Amber Alert system, the alert will be issued for a specific hit and run incident to the public on highway signs and through the media. Last week, the Los Angeles City Council passed Councilmember Englander’s resolution to support California State Assemblymember Mike Gatto’s Assembly Bill 8 which would authorize law enforcement agencies to issue a “Yellow Alert” if a person has been killed or seriously injured in a hit-and-run incident and there is a reliable description of the vehicle.