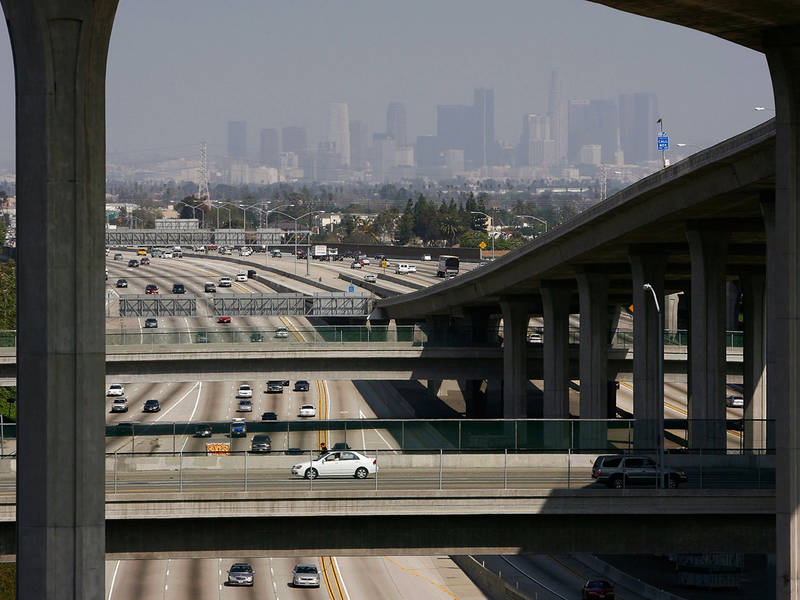 It was a summer of unprecedented bad air for the entire Southland.

LOS ANGELES, CA — A thick layer of unhealthy smog blanketed the Southland for an unprecedented 87 days in a row this summer. The region endured 87 straight days of unhealthful air, violating federal smog standards almost every day this summer, it was reported Friday.

It was the longest stretch of bad air in about 20 years, according to state monitoring data show. The streak is the latest sign that Southern California’s battle against smog is faltering after decades of dramatic improvement, the Los Angeles Times reported. Some regulators suspect global warming may play a role because higher temperatures speed the photochemical reactions behind ozone.

“This is one example of the close ties between air pollution and climate change, which makes meeting air quality standards even more challenging and illustrates the urgency for addressing climate change at all levels of government in the U.S. and globally,” Barbara Finlayson-Pitts, an atmospheric chemist at UC Irvine told the Times.

Air Quality officials, however, warn not to read too much into the record stretch of bair air. It’s the level of pollution to be worried about, not the duration, officials told the newspaper.

The spell of bad air started June 19 and continued through July and August, with every day exceeding the federal health standard of 70 parts per billion somewhere across Los Angeles, Orange, Riverside and San Bernardino counties, The Times reported. It didn’t relent until Sept. 14, when air pollution dipped to “moderate” levels within federal limits for ozone, the lung-damaging gas in smog that triggers asthma and other respiratory illnesses.

It’s not unusual for Southern California summers to go weeks without a break in the smog, especially in inland communities that have long suffered the nation*s worst ozone levels. But environmentalists and health experts say the persistence of dirty air this year is a troubling sign that demands action.

“The fact that we keep violating and having this many days should be a wake-up call,” Michael Kleeman, a UC Davis professor of civil and environmental engineering who studies air pollution, told The Times.

The South Coast Air Quality Management District, which is responsible for cleaning pollution across the region of 17 million people, said that consecutive bad air days is an inappropriate way to gauge progress curbing ozone, that this smog season was not as severe as last year’s and had fewer “very unhealthy” days, The Times reported.

“By all accounts this year is not great, but it’s a little better than last year,” Philip Fine, deputy executive officer for the South Coast air district, told The Times.