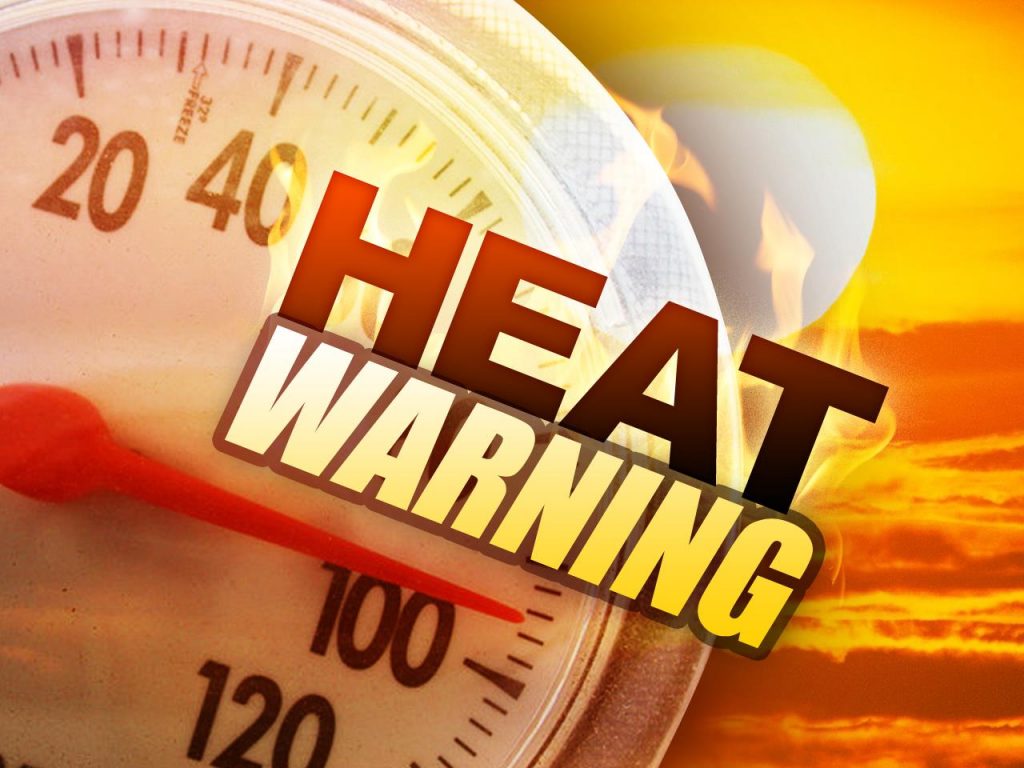 Check in on your neighbors and elderly loved ones as this heat wave creates “a dangerous situation in which heat illnesses are possible.”

Summer is almost officially over, and it’s going out on a dangerously hot note. Weather Service officials issued a heat advisory for the Los Angeles region, warning of “a dangerous situation in which heat illnesses are possible.”

Residents in the San Fernando and Santa Clarita valleys and the San Gabriel and Santa Monica mountains should be particularly comfortable as Friday’s temperatures were expected to top 104 degrees in some valley neighborhoods. Temperatures inside vehicles parked in hot weather “can quickly rise to life-threatening levels” even with windows left open, meaning people and pets must not be left in such vehicles, warned the National Weather Service.

The advisory will be in effect from 11 Friday morning until 7 Friday evening, the National Weather Service said.

The NWS also urged area residents to “drink plenty of fluids, stay in an air-conditioned room, stay out of the sun, and check up on relatives and neighbors” since a “heat advisory means that a period of hot temperatures is expected which will create a situation in which heat illnesses are possible.”

No heat advisory was issued for the San Gabriel Valley because sea breezes are expected to filter into that region, keeping temperatures below inordinately hot levels, said Oxnard-based NWS meteorologist Curt Kaplan. Heat advisories are not issued for the Antelope Valley, where it’s always warm at this time of the year; the NWS only warns of “excessive heat” in the Antelope Valley, Kaplan said. As for L.A. proper, it gets a heat advisory when highs reach the mid 90s, not low 90s, as is the case Friday, he said.

The San Fernando Valley will be around 9 degrees above normal Friday, Kaplan said, adding that a “nice cool-off” is expected early next week, once the high pressure now over the Southland dissipates. In fact, temperatures in some L.A. County communities will be below normal next week, Kaplan said.

The NWS forecast sunny skies Friday and highs of 78 degrees in Avalon; 84 at LAX and on Mount Wilson; 91 in Downtown L.A.; 93 in Long Beach; 95 in San Gabriel; 98 in Pasadena and Palmdale; 99 in Burbank; 100 in Lancaster; 102 in Saugus; and 104 in Woodland Hills. Saturday’s temperatures will be about the same but decline a few degrees Sunday and several more Monday.

Sunny skies were also forecast in Orange County, along with highs of 80 in Laguna Beach and San Clemente; 81 in Newport Beach and Santiago Peak; 92 on Ortega Highway at 2,600 feet; 94 in Fullerton and Irvine; 95 in Anaheim and Yorba Linda; 96 in Mission Viejo; and 97 in Fremont Canyon and Trabuco Canyon. Temperatures will be about the Same Saturday, decline a few degrees Saturday, then a few more Sunday.